Hmmmm. I think news is actually a lot of things. Gossip in a sense is news, basically. It is information that travels between people, and most of the time the people have not found out the news before it gets to them, that why it’s news 🙂

News can be listened to, watched, or read. On the radio, on the Television, or in Newspaper. News can also be read on a Blog. In fact many news stations have their own blogs for reporting news quickly.

News can also be gotten from friends, passed on from friend to friend. But it depends on what kind of “news” you are talking about. When we teenagers talk about news, we are talking about “so and so getting an new car”, or like “some one didn’t make it to church.” But that “news” is actually gossip, not really news. Most of us teenagers still consider this a from of news.

In this assignment I am supposed to define journalists in my opinion. What are three defining factors that make a journalist?  It must be three or more paragraphs and it must also include two modern journalists who meet my standards for journalists. So without further ado, here we go ! 🙂

Journalistic Quality #1: A journalists is someone who commands their audience, whether they are on the radio, on the TV, writing in the newspaper, or a photojournalist. Someone who can take ownership of their show, and make it unique, personal and relate able to their audience. They must be able to clearly and concisely convey their message and engage their audience at the same time.

Journalistic Quality #2: Unbiased. Nonpartisan. Impartial. Every good journalist need to be emotionally disconnected from their story. They need to be able to report on world and local events with out including their opinion or trying to sway the recipient into one opinion or another.  Most of the time this means including several different angles in one article, without taking the side of one or the other.

Journalistic Quality #3: Have a purpose. Know where you are going with your article.  It is a very good idea to know what you want to be your end result before you even start writing.

These three qualities I believe, define a good journalist.  Without these qualities, the following journalists, would not be the quality journalists that they are today.

Thomas Loren Friedman was born  July 20, 1953 St. Louis Park, Minnesota, a suburb town of Minneapolis.  He is an American journalist, columnist and author. He has worked for many big names in the journalism world, such as United Press International and The New York Times.  He currently writes a bi-weekly column for The New York Times and has written extensively on foreign affairs from global trade, the Middle East and the Lebanese Civil war , globalization, and environmental issues. He has won the Pulitzer Prize three times.

Anderson Hays Cooper was born June 3, 1967 in New York City. He is an American journalist, author, and television personality. He is one of the most popular journalists in modern times and serves as a powerful example for the changing media industry. He is the primary anchor of the CNN news show Anderson Cooper 360°. The program is normally broadcast live from a New York City studio, however, Cooper often broadcasts live on location for breaking news stories. From September 2011 to May 2013, he also served as host of his own eponymous syndicated daytime talk show, Anderson Live.

Happy Birthday to the very Best Friend anyone could ask for, Forever!!! 🙂 Luv u Violet, u r awesome! 🙂

The following quotes i found on the internet, and describe our friendship very well 🙂

Okay I kinda hate the thought of putting a quote of Bob Marley’s on here just because of the bad rap (pun intended) he has, but this one was just to good to pass up 🙂 Enjoy! 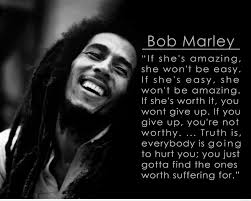 In this lesson I read about the history of Journalism in the US. From The earliest newspaper to present day Social media, journalism in the US has evolved quite a bit over our short history as a nation! One of the earliest forms of  a newspaper, in the early American colonial days was a publication by Benjamin Franklin called “Poor Richards Almanac” and was basically a book of games, puzzles, riddles, and instructions for making household products , and other various types of things.

Some very important dates in the history of American Journalism where also mentioned in this lesson. Such as:

What are your thoughts about early American journalism?

When I think of Early American Journalism, I consider it one of the things that makes this country great, right from the start. Our inalienable right to free speech and freedom of the press can be attributed to the divine forethought of our founding fathers. Thus the inclusion of the First Amendment in our nation’s great constitution, American journalism, embodies free speech in every possible meaning of the phrase.  In many countries around the world, there is no such thing as freedom of speech, and freedom of the press. In those countries, the general public is only informed of political and social affairs that the government wants them to know about. Here in the USA we fought for our freedom of speech and press. Freedom of the press, and freedom of Speech, were just two of the reasons so many American colonists sought a new country, separate from Great Britain in our early colonial days. Thus we are informed about political affairs from our wonderful press, whether through Social Media or through the TV, and thus we make our own deductions from it. Because when you say “Freedom of Speech” or “Freedom of the Press” you might as well say “Freedom of Thought” “Freedom to think what we want about anything and everything”  and “Freedom of Opinion”. That is the United States of America!

What would happen if freedom of the press were not guaranteed?

I think that if freedom of the press where not guaranteed in this country, we as a society would die. In today’s society, people thrive on the lives of others. Examples of this are magazines, television, movies, Tabloids,  etc. Magazines and Tabloids are a huge money-making venture in this country, all you have to do to see this is walk through the check-out line at the grocery store.  I think that the raw and innocent thinking of earlier journalists is something that will be forever archived. Early America journalism was an amazing thing. I do believe that if freedom of the press were not guaranteed, than this society would be far worse off than what it is today. The press gives the public information that we need to know in order to maintain a life that we are happy with. If we were denied the right of freedom of the press, than the government would be the ones having the say in what we read in the newspapers and magazines. It is my personal opinion that this would lead to Americans being blindsided by their own government, even more so than they already are!

This song has been circulating over the radio and several other places recently, you may have heard it, but for most of you non-country listeners, you probably have not heard it. So I decided to post it here. It’s a very cute tune, very sticky, but the lyrics are very true, and something really worth considering, whether you are a christian or not. The fact is, everyone is going to die, at some point or another, some of us are scared of dying, others are not, but were ever you are on this spectrum, it’s inevitably going to happen. So, take a moment, and a break from your busy day, and just listen to this song. I promise, it’s not really that country sounding, and it’s not a christian song. I personally can’t stand people that stereo type(no pun intended) a song, just because of the genre that the artist is a part of, whatever, y’all are out there, and most people do it, without even realizing it 🙂  I will stop talking now 😛

I present to you, “Trailer Hitch” by Kristian Bush! Enjoy 😀

and the cowboy's wife

Not Your Average Druggist