Last night, was the most memorable volleyball game I have ever played. 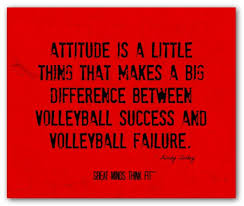 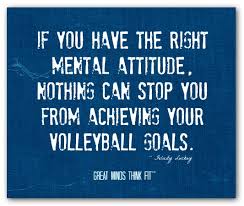 First I will start with what came to me last night, as I did my best to go to sleep, to no avail, even though I was dead tired. Attitude is Altitude. “Wow Sunny that is sooo profund!” LOL Yes I know, but I promise I did not make that up, I once heard it said by a very wise person, in my life, who is no longer with us. And that is exactly what we learned, as a team last night.

The minute I stepped on to that court, I was on fire. There really are no words to describe how I feel mentally and physically, when I play volleyball. But what I can say is that the moment I stepped on to that court, there were no cheering parents, there were no screaming coaches, and there was no pain in my leg(long story, I will explain that one later), all there was me, five other girls from my team, and the other team in front of me. I was in a completely different world. I blocked out all other sounds, everything else, just me, the girls, and the net. And of course the ball bouncing from person to person, and hitting the floor.

After coach gave us his pre-game pep rally, and we did a few cheers, we warmed up, for 30 minutes, which included running 4 laps around the basketball court, stretching, and a few pre-game drills. Then we sang the national anthem, saluted the flag, said a prayer and started the game formalities. Coach D announced all of us over the PA system, by name and number, and then we wished the other team good luck.

Our first set (Sorry for those of you who don’t know volleyball, I am not going to explain the scoring/game system right now) we lost by like literally 5 points. We came so close. The second set, we made a huge come back. Right out the gate, we had a 3 point lead, which believe me is really close for volleyball. We held that lead, for the whole set, and won. That put both teams tied up, so we play a third set, to 15 points. Once again, we held the lead, at 11 – 2, then we lost it, and the other team gained 7 points, bringing it up to 11 – 9. From there we won the last 4 points, and won the third set.

There is no sound I love more, than the sound of a whole team of girls, plus all the parents and the whole school in the stands, stopping their feet, and screaming as loud as possible, when a game is won. Last night, we really came together like a team. We didn’t get discouraged in the first set. We held our heads high. We played our best. But we did not exude pride and arrogance, as I have seen so many opposing teams do. That has got to be the worst, yet most effective strategy I have ever played against. Believe me, it’s hard to play against that.

In conclusion, I just am amazed at how well we did last night. I mean we haven’t even played that well or that hard, in practice! I guess it just goes to show how much we were on fire last night, and how much, like I said, attitude effects everything. I have never played a game like I did last night. I truly am blessed to be apart of such a great team, we really have some awesome girls. I woke up this morning, ready to play again. Play like it is my last game.

So I was researching images of volleyball games and stuff for a presentation I was making on the sport for my Biology course, when I happened upon the following posters, and  I thought “OMG, that is like so me!” So, since I have no Pintrest, Facebook or Instagram, (Yea, I know, I am so behind the times) I decided to post them here. When I get Facebook or any of those others, I’m sure they will make they’re way on there as well,. but for the time being, enjoy! 🙂 Also I have been so busy these past few months, so I have a huge update post, I am planning on putting on sometime in the next few Weeks, but as a bit of a sneak-peek, I have some HUGE news! I am going to Prom! Yes, I am so overly excited, It’s not even funny. I will admit I have not slept very well these past few nights, but oh well, I guess I will have to deal with that. I plan on posting a Picture of the dress, when I get it, so hang tight everyone =)

Until then Stay warm, dry, and Happy. Oh and love Volleyball! Oh yea 😛

Love this quote, whoever wrote it, is so profound!

Yes, I TOTALLY agree, No offence dear friends that play football, I still love you too 🙂

Gotta love that. I might just do that, Hmmmm, I don’t know.

Watch your back, Volleyball haters! 😛